When using broadcast mode with an AP4 it is possible to transmit out 4 discrete audio channels to near unlimited receivers.

It is not possible to use transmitter devices with the AP4 in this mode. Audio instead enters the AP4 via the Phoenix/Dante connections and it is either sent out of the Phoenix/Dante outputs or wirelessly to RP/RP-T devices.

Connect a category cable between the AP4 LAN connection and your network. Open up the Unite Manager software. Select the appropriate network adapter in Configuration > Settings and set your PC IP address accordingly. Once the AP4 is on the correct network click on Discover Devices to find the AP4, then Refresh Device Data to populate the software with the device, it will now be visible within the Device List.

Note that the IP address of the AP4 can be set to either static or DHCP. This can be changed by access the network tab of the AP4 when selected in the device list. 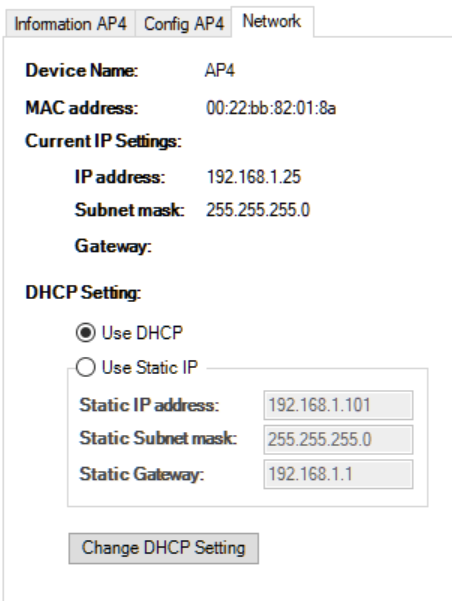 To set up Broadcast mode with a Public Group ID, head over to the Pairing tab within the software. Select Static Channel List (AP4). Select the AP4 in the Select AP4 section via the checkbox and set the operation mode to Broadcast. Confirm your choice with Set Operation Mode. 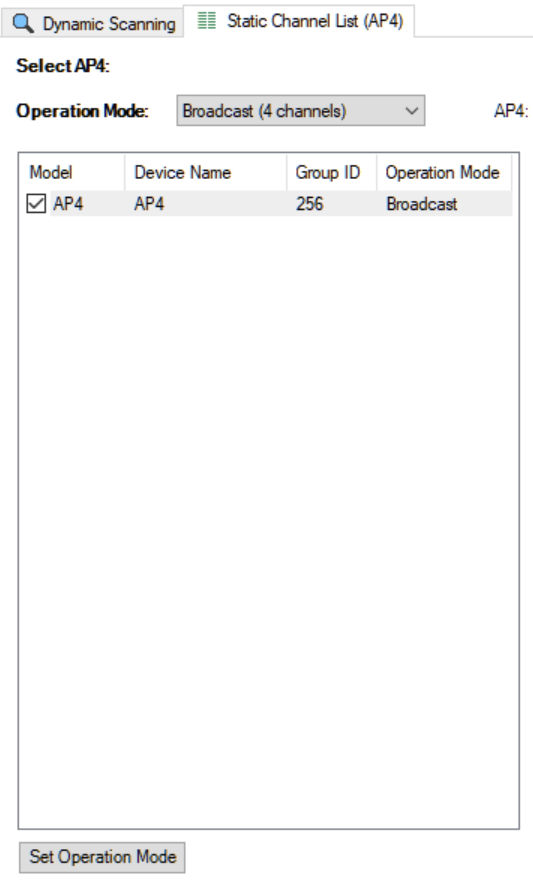 In the Set AP4 Channel Names/Pairing Info set an appropriate public Group ID (150 - 256) and rename the channels according to preference. Click Set Channel Names and Set Public GroupID to confirm your choices. 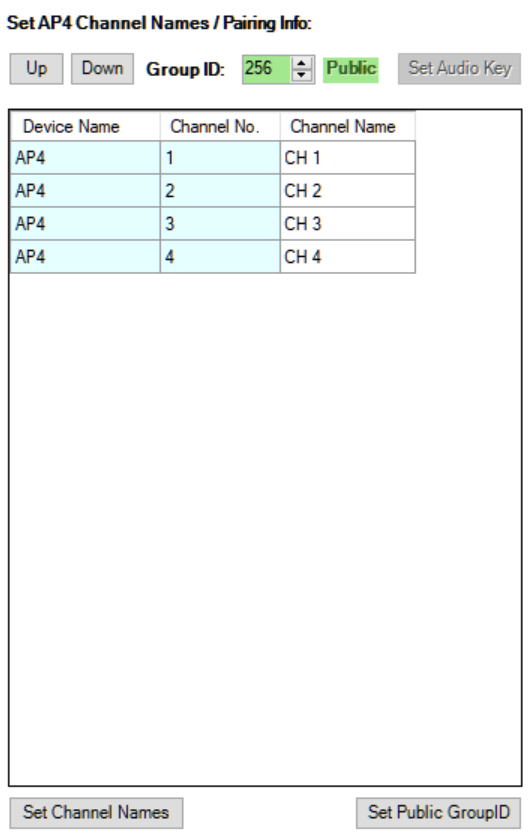 The input and outputs levels for the analogue and Dante channels can be adjusted in the Config AP4 tab under the AP4 in Device List. 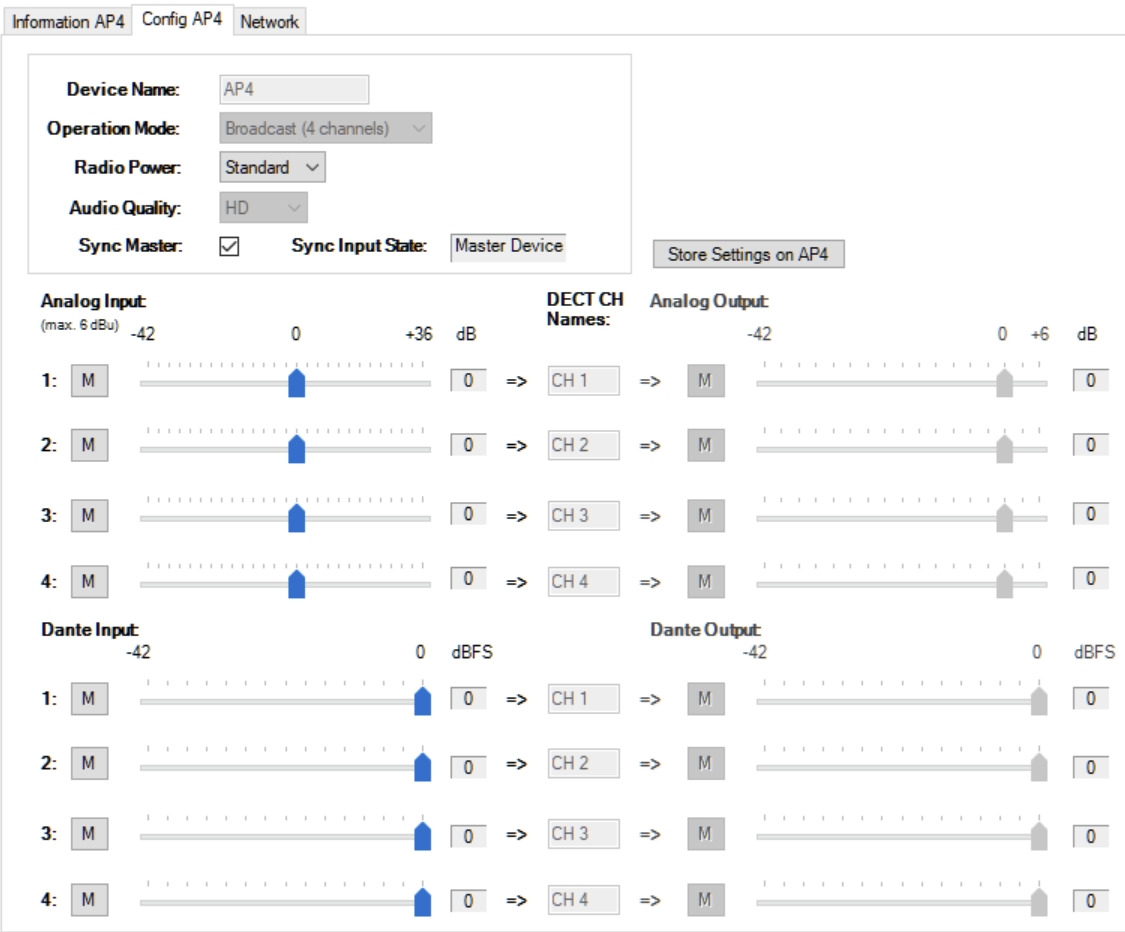 On the RP/RP-T, hold down the Power/Menu/OK button. Choose System > Group ID and set this to the same public Group ID as set in the AP4. Go back to the main screen and press either Channel button. The device will now scan for channels and you will be able to select any of the previously defined AP4 channels to receive audio on.

You are now set to receive audio on the receiver. Repeat the above steps for each receiver and their required channel.

*Dynamic mode is likely possible when pairing RP/RP-T devices in a pairing/charging unit.

*It is possible to pair an AP4 to an RP/RP-T within the software itself. This means there is no requirement to set the appropriate channel on every individual RP/RP-T via the hardware. This is accomplished via the use of a pairing/charging unit connected to the same network as the AP4.